MADISON ISEMAN moved to Hollywood at age 16 to pursue her dreams, after a childhood of exploring photography and videography through her own outlets, due to the limited opportunities in her hometown. Now at 20, Iseman has accumulated an impressive range of acting experience, from roles in ‘Modern Family’ to the award-winning ‘Beauty Mark’. This Christmas, Madison can be seen in the remake of the cult-classic ‘Jumanji’, starring alongside Dwayne Johnson, Jack Black and Kevin Hart. Jack Black plays the avatar of Iseman’s character Bethany - yes you read that right - in the virtual world of ‘Jumanji’.

AC: Were you a fan of the original 'Jumanji'? Everyone seems to have watched it so many times, how many times have you seen it?
MADISON ISEMAN: Yes, I watched the film growing up! I wasn't one of the mega fans that have seen it a million times; it actually scared me growing up. I've definitely seen it a handful of times though!

Are there any nods or easter eggs from the original in this film?
Absolutely. There are a few. That’s definitely something the writers, cast and producers wanted to make sure of. The movie is a sequel, and you get to really see inside the world of Jumanji. So you get a taste of what Alan Parrish (Robin Williams) had experienced while he was stuck inside the game for so many years.

It's a star studded cast, who did you particularly enjoy sharing scenes with?
The cast is amazing. I really enjoyed the scenes with all of my teen co-stars. Jack Black was also amazing to work with. Even though we didn't share any scenes because we turn into each other, we still had time to work on the character and script together. 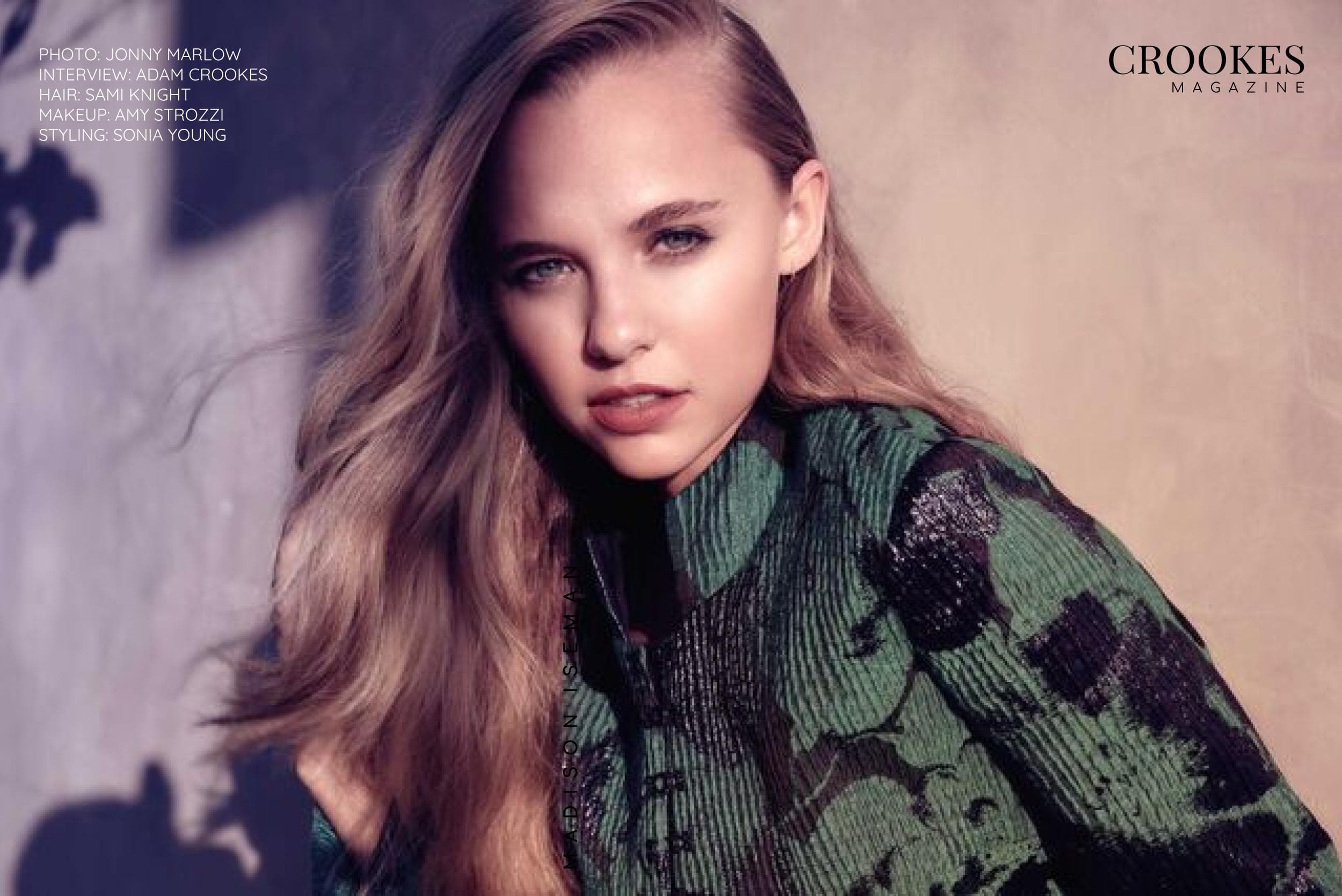 What kind of short films were you making at High School?
Ha! I would make all kinds of films. Horror films, school projects, and I would even find scripts online and try to recreate them.

Who would you show them to?
I would mostly show them to friends and family, but for school projects they would sometimes get played in front of the entire school. It was social suicide. But it's okay, I survived.

Who do you look up to as an actress?
So many people. Right now I'm obsessed with Saoirse Ronan. But I have always looked up to so many amazing, talented women. Reese Witherspoon, Emma Watson, Emilia Clarke, just to name a few.

Is music something that you're looking to dive back into?
I've always loved music and its always something that has been so personal to me. I've dipped my toes into the music world and it wasn't really my favorite. So no plans right now. 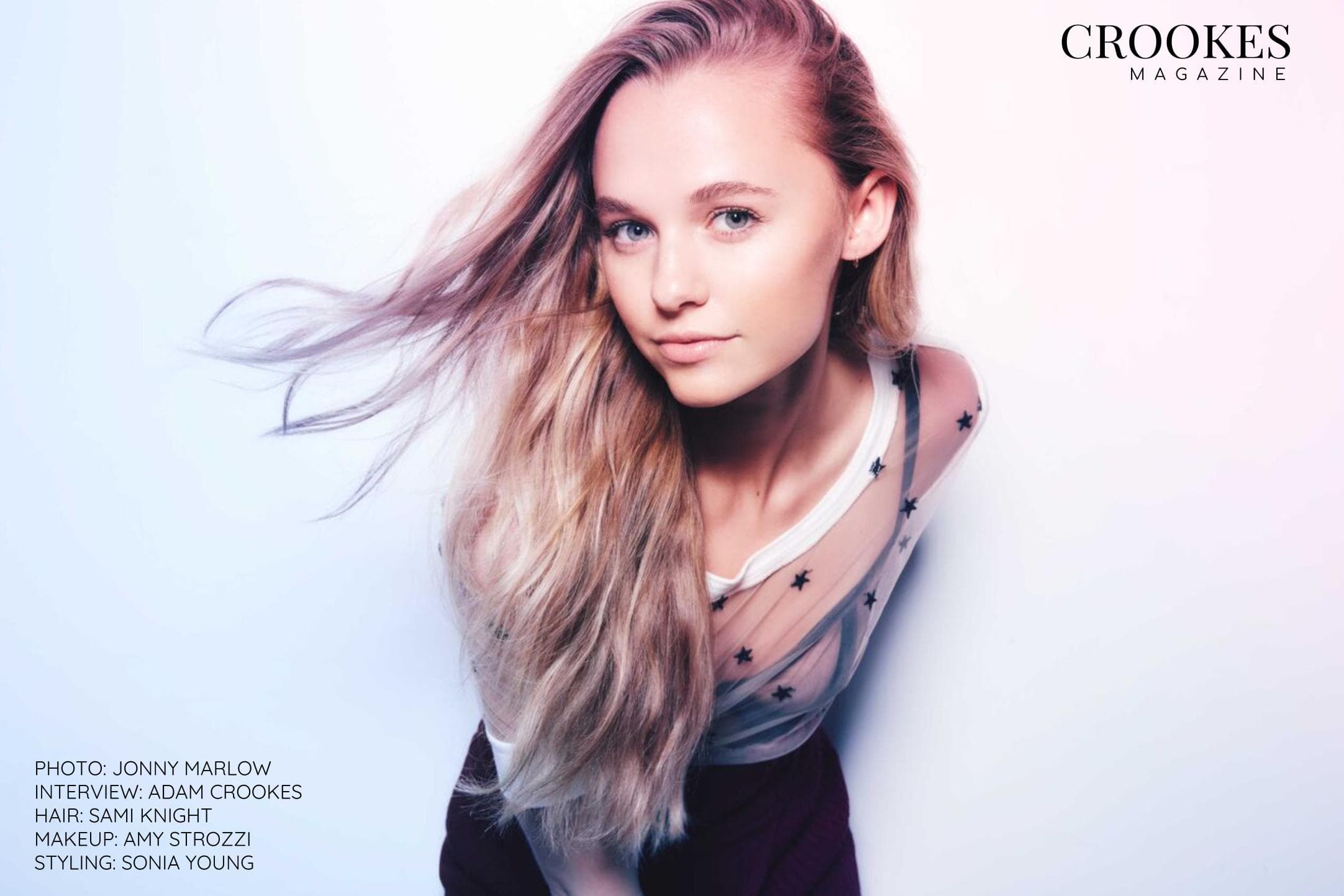 Everyone has a clever app idea, what’s yours? An app that will brush your teeth for you when you're too lazy to get out of bed.

Last photograph you took? A picture posing with the search dogs at the Jumanji premiere.

What is your favourite quality about yourself? I'm easy to talk to.

Where were you born? Myrtle Beach, SC

What was the last country you visited? United Arab Emirates (Dubai)

What about your favorite country to visit? Kenya!

Last song you listened to? Juice, by Chromeo

Favorite band? Solo artist? Too hard. Too much music. So little time.

Is there a sport you wish you could play? Hockey

What's your hidden talent? I can lick my elbow.

Toughest audition? Ooof so many. Definitely one that I can't name. Got so, so, so close, and they went with someone else. It happens more than you'd know.

Biggest pet peeve? When people eat with their mouth open.

Advice to your younger self? Stop being so shy and insecure. There’s nothing holding you back except yourself.


'Jumanji: Welcome to the Jungle' will be in theatres from 20 December